When working with paid social, optimizing and reporting are some of the most important tasks. 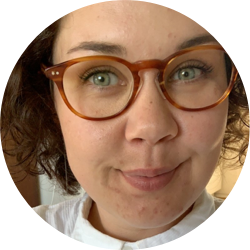 When working with paid social, optimizing and reporting are some of the most important tasks. But it’s not uncommon to experience that the numbers you’re reporting from Facebook, LinkedIn or other social platforms are being questioned by your colleagues, or clients. Because the numbers never add up to those in Google Analytics. And often people working with paid social don’t report from Google Analytics, but from the platform they’re advertising on. But it’s a huge advantage to use both - for both optimization and reporting. Because the truth is, that none of the platforms show exactly the truth.

The challenge is in attribution. Meaning how, and for how long, e.g. Facebook measures a conversion attributed to an ad a user has either seen or clicked on on social media. Facebook’s attribution window used to be rather optimistic. 28 days after a user clicked a Facebook ad, or one day after viewing the ad (without taking any action, clicking etc) a conversion made would be attributed to the campaign. This has now been changed to seven days after clicking, and one day after viewing, and shortly the ‘view’ attribution will be removed completely.

Depending on which type of product or service a company is selling, it does make sense that consumers would spend some time researching before actually buying the product. But to give credit for the whole value of the sale to a Facebook ad a user clicked 27 days ago might be a stretch.

Of course the consideration process before buying something will be influenced by products or services the user is exposed to. So it does make sense to give the ad some credit for starting the sales process. But Google Analytics doesn’t do that. In GA conversions are attributed to the channel where the last click came from. Which is often Google…

A specific example that shows the difficulty with attributing correctly

While on the train a user sees an ad on social media on his/her phone for something that looks interesting. They view the product on the website, and might even add it to the basket. And then they want to think before buying. Later that day they open their computer, Google the product, and make the purchase. Should Facebook get credit for the sale? Should Google?

They probably both should. But in GA Facebook doesn’t get any credit. Only the click that brought the user to the website does - meaning ‘paid’ for a google ad, ‘organic’ for a click on an organic google search, or ‘direct’ if typing in the URL.

In some cases you can see some attribution to Facebook under ‘assisted conversions’ but only if the user previously clicked from the same device as they end up converting on.

When it comes to optimization, Google Analytics can also play a valuable role in your work with social media - both in terms of content creation, and measuring conversions. All it requires is for you to use UTM parameters on your links, before setting up your posts or ads.

Two campaigns are running at the same time. Maybe on different social media platforms. Campaign A has a much better CPC and CTR than campaign B, so you want to add more money to campaign A. That would usually be an easy choice to make. But if you have UTM tracking on each campaign, and each piece of content, you can make a more informed decision by checking the performance in Google Analytics. Some of the metrics you can use to do this are:

Along with which actions users take - besides converting, these metrics will tell you more about the quality of your traffic. And if these are better on Campaign B, it might be worth paying a CPC that is a little higher.

So in short, you can use UTM parameters to split up the traffic coming from each channel and learn more about it - on campaigns, ad sets/target groups or down to each piece of content you create. If your blog posts always convert, then maybe you should create more of those. But if you can’t measure it, you can’t prove that it’s worth the time spent.

Overall, neither social media nor Google holds the truth about your performance. Which is why it’s important that you combine numbers from both.

Diving deeper into the numbers is what we do best in deepdivr, and we have data from both social media, and Google Analytics implemented in the platform. This allows you to see data from the social media channels side by side to Google Analytics data, which makes it much easier for you to follow your performance from first click to conversion, and really understand what is working, and what isn’t.

If you have any questions, or if you would like to see how we visualize data from Google Analytics in deepdivr, please do not hesitate to get in touch.

You can reach out to me here: anine@deepdivr.io

Go to other Posts